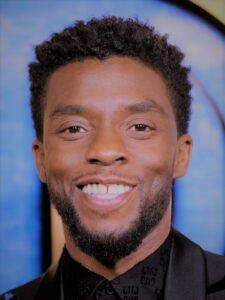 Black Panther star Boseman Chadwick has died. He died at home with his wife and family on August 28, 2020.

His wife is Taylor Simone and this couple has no children. He had been suffering from colon cancer for four years, it was confirmed through his Twitter account. He has starred in Black Icon characters such as James Brown, Thurgood Marshal, Jackie Robinson. 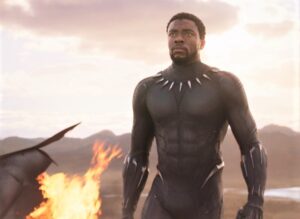 He was diagnosed with stage 3 colon cancer in 2016 and was on his way to stage 4. At the time of his death, he was 43 years old only. Chadwick was a true warrior and a man of perseverance who made the characters with working hard. The character of King T’ Challa in the movie Black Panther brings honor to his career. Some of his most famous movies are 21 Bridges, 42, Marshall, Black Panther, Da 5 Bloods, Captain America, Avengers Infinity War, Get on up.

The first film starring Boseman was 42 which was released in 2013 where he played the role of a baseball pioneer. Then he acted on Get on Up, Gods of Egypt, Message from the King, Captain America, Marshall, Black Panther, Avengers Infinity War, 21 Bridges, Da 5 Bloods, and more. 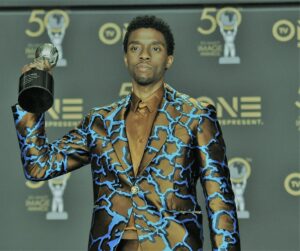 He went through a lot of surgeries, chemotherapy while doing the characters such as Marshall, August Wilson’s Ma Rainey’s Black Bottom, and more that we love.

Part 2 of his famous movie Black Panther was supposed to be released in 2022. In August 2019, Marvel Studios President Kevin Feige and Black Panther Director Ryan Googler made the announcement.

He never revealed his cancer to the public. The flag was unfurled at the Southern California State House, his birthplace, on Saturday in honor of his outstanding contribution to life according to Mayor’s order. His fans and colleagues have left some messages in his memory.

“May you have a beautiful return, King. We will miss you so”.
— Ava DuVernay (@ava) August 29, 2020
Marvel Studios tweeted a photo of Boseman and writes, “our hearts are broken. …
Your legacy will live on forever.”

“Chadwick was special. A true original. He was a deeply committed and constantly curious artist.
He had so much amazing work still left to create,” Evans also said. “I’m endlessly grateful for our friendship.”

I’m absolutely devastated. This is beyond heartbreaking.

“Heartbroken. My friend and fellow Bison Chadwick Boseman were brilliant, kind, learned, and humble.
He left too early but his life made a difference. Sending my sincere condolences to his family”.

Follow me
Latest posts by AH Anwar (see all)