Dowry System: A curse for nation 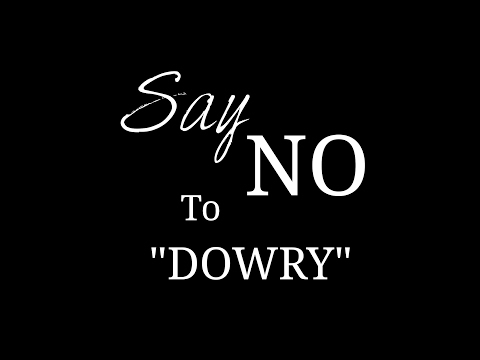 What is the dowry system?

Dowry system is a custom in which large amounts of money and gifts are given to the groom by the bride. There are many unpleasant practices in the country which are obstacles to a successful and developed nation. One of these abominable social customs is the dowry system. There is a lot of injustice in the society by using this practice and the victims of this injustice are mainly women and their families.

Who is the victim of dowry system?

Mainly poor and uneducated girls are falling prey to this practice. Poor girls feel burdened by their family, thinking that the girl child will not be of any use to them in their life and wants to somehow get the burden off their necks by marrying them. And that is why they do not hesitate to marry in exchange for dowry. Moreover, those who are deprived of the light of education do not know that it is a heinous practice and those who are involved in the dowry system have severe punishment.

The reasons behind the dowry system:

There are various reasons behind this degrading practice –

Dowry system is like a curse for the society. As soon as I opened the newspaper, I saw the news that the housewife had died as a result of physical torture for dowry. This practice has become a threat to women’s healthy and beautiful way of life. It is not just the poor who are the victims of this practice. Many highly educated women are also easily affected. Many greedy men and their families are using this practice to establish themselves in the society. They are asking for dowry again from the bride’s party after the wedding. If for some reason the bride is not able to pay the dowry, they are physically and mentally abusing their housewife. Many are dying as a result of this physical torture and many are choosing to commit suicide as a result of mental torture. In many cases, these oppressors are getting relief and anarchy is being created in the society. Due to this practice, women are losing their freedom and confining themselves to the corners of their homes. Everyone in the society is compromising with this practice. And as a result, this cursed system continues to be a curse on women.

How to solve this problem:

If we want to make our social environment beautiful and better, we have to get rid of this cursed practice from society. And for that, we all have to come forward. In this case, the way to solve this problem:

The most effective step in eradicating this cursed practice is to create public awareness. Everyone needs to be aware of their rights, especially girls. Girls are not a toy that can be played with at will. Girls need to be given their due rights and they need to be made aware of this. Moreover, all the people of the society can raise awareness against this practice and remove this evil practice from the society.

For the development of the female nation, the roots of the poisonous tree called dowry must be uprooted from the society through the joint efforts of men and women. Everyone in the society should realize that women are our mothers, sisters and children. Only then is it possible for women to stand tall in the court of the world as a dignified nation by establishing proper dignity and rights in society, family and state.