How to use reverse psychology on a man and women 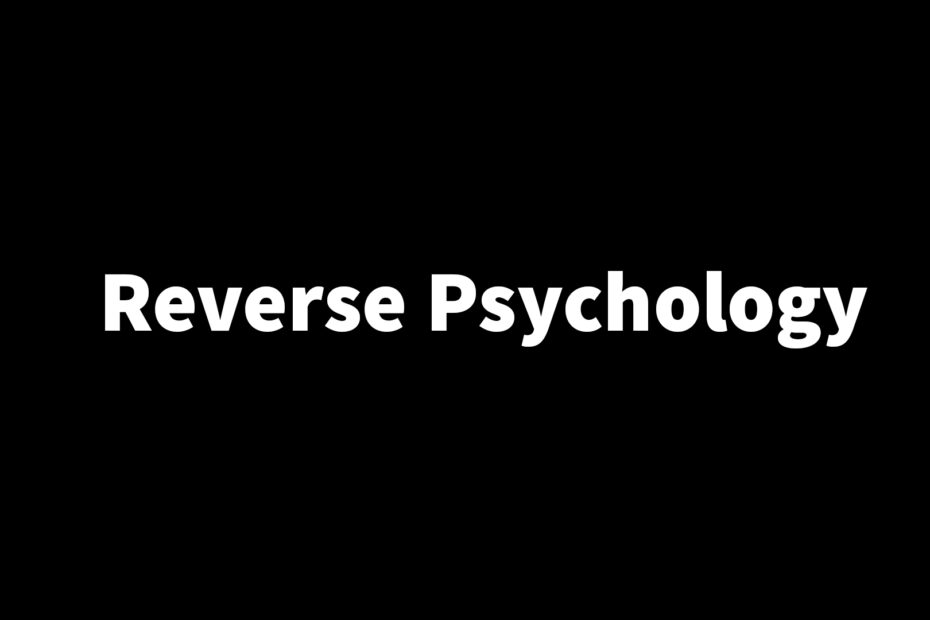 Many times such things are written in many places. What we often see – Do Not Read This !! Don’t try this at home !! Don’t entry Even after this ban you are reading the article with more interest, this is called reverse psychology !! If you realize that the level of it inside someone is much more obvious, then tell him the opposite to get something from him. Like this – I know you can’t do this. You see, he will do the job to prove you wrong !

There are pros and cons to reverse psychology. Many times it is a cause of trouble. He reluctantly starts doing what he is forbidden to do. That way his mental freedom is being taken away. The origin of this suffering is from the subconscious mind. And this subconscious mind controls the conscious mind.There is a lot more work like this. Such as:

* It is forbidden to attach posters on the walls. You will see that but want to attach a poster on that wall.

* No entry without permission ”! When you see such writing, you want to go there

* “No bus stop”! You will see that the bus will come and stop right there, but maybe the bus stand is a little in front.

* “Prohibition of leaving flowers”! It can be seen that people will pick flowers from there. ”

* You will see that it is written on the packet of cigarettes, Statutory: Smoking is the cause of death. Even then, people do not want to hear the ban.

* Knowing the prohibition to go out in the lockdown, even though there is no work to go out.

This is the psychology of all of us.

We want to do what we are forbidden to do. This is the name of our strange attitude – reverse psychology.

In 1962, Wilson and Leicester conducted an experiment. They gave a group of children a lot of toys, and they sat down and noticed the occupants. It was seen that out of all the toys, some of the toys were preferred by the children and Tarabeshi was playing with them. Again some toys kids didn’t like. Now Wilson and Leicester find a toy in it that the kids haven’t taken.

Then he divided the children into two groups. Allow a group to play with any toy as before. He said to another group, “You can play with all the toys, except this one. After a while, it was seen that the children of the 2nd group got up with that toy. They are playing with that toy for 3 times more time than before. They are doing what they are forbidden to do.

Reaction theory says that when a person feels that his sense of control or mental freedom is being taken away, he tries to resist it. For this he is determined not to do what he is told to do, but to do the opposite. Man prefers to act according to his free will. Whenever there is an attempt to impose conditions on the free will of the people, subconsciously try to go against it.